Why I Fell In Love With Slovenia

Back in 2000, as an American student studying in London, I embarked on a Eurorail trip – a sort of smorgasbord of travel in European cities. You buy an open ticket that allows you to travel indefinitely by train throughout Europe. But prior to my own Eurorailing adventure, I’d lent my Lonely Planet: Europe on a Shoestring to five friends who had already been on such a trip, asking them to add notes, suggestions, annotations. All five, without colluding, said Slovenia’s Lake Bled was the single most beautiful place they had seen in Europe.

Fast-forward to 2006, when I was a postgraduate student, and I wound up embarking on a longer, “slow food” version of my rail smorgasbord. I lived in eight European cities, each for at least a month, to get a feel for what it would be like to move there indefinitely. After forays into Venice, Florence, Rome, Madrid and Leiden, I ended up in Ljubljana, Slovenia’s capital. And that is where I fell in love – with the country and the future Mrs Charney.

This is what I fell in love with.

In order to marry her, on our wedding day, I was obliged to survive the dreaded shranga, a gauntlet of pre-nuptial feats of manliness required of aspiring grooms from beyond the Slovenian mountain village confines. Once I’d got through the nerve-racking bouts of scythe-sharpening, bark-shaving, axe-wielding and, yes, even wife-buying traditions, and was permitted by the grumpy-looking villagers to enter the church and carry on with my wedding, I knew that this was the place for me, and have since come to feel truly a part of it.

Slovenia has been, for me, a land of opportunity. This has meant that I’ve become something of Slovenia’s foreign cheerleader, and recently I even released a book, Slovenology: Living and Travelling in the World’s Best Country, that is part memoir, part travelogue, and part essay collection singing its praises.

There are only so many times that Slovenia can be called a “hidden gem” and still claim to remain hidden. But those who come to this tiny country nestled between the Alps and the Adriatic seem to feel they’ve discovered a little-known paradise. While cheap flights from London have made it an easy weekend destination, and the capital, Ljubljana, is popular on the stag and hen circuit, the entire country boasts wonderland landscapes. Beyond the confines of charming, Zürich-like Ljubljana, Slovenia offers travellers a destination that is easy to navigate (with English spoken just about everywhere). It is one of the safest countries in the world, not to mention the cleanest (it won National Geographic’s 2017 World Legacy Award, as the most sustainable tourist destination, and Ljubljana was Green Capital of Europe in 2016).

Having chosen this country as my new homeland, settling in the charming three-castled alpine town of Kamnik, just north of the capital, I wanted to get to know it in a more intimate way. I wanted a local’s-eye-view of the secret facets of this “hidden gem”. And so I hatched a plan. I set about contacting people I found interesting – for instance, the great folk-rock musician, Vlado Kreslin, the world-famous chef Janez Bratovž, and the expat Bosnian actor and director, Branko Đurić – and requested interviews. To my delight, everyone acquiesced. In Slovenia, everyone writes their own email, and even the prime minister is just a message away. I struck up friendships and collaborations with many of the people I met in this way, working my way through a who’s-who of interesting Slovenians.

Vlado Kreslin, a Bruce Springsteen-like musical icon in Slovenia, introduced me to the wonders of Prekmurje, the furthest-flung region of the country, on the Hungarian border. This is a flatland of storks and slow-churning wooden mills on the river, with a lively and culturally influential population of Gypsies. Kreslin grew up here, in his father’s gostilna, or country inn, listening to bands mixed of Slovenians and Gypsies, and speaking a dialect that is unintelligible to most Slovenes. My wife and I attended a party at the Kreslins’ weekend home there, with dozens of other guests, from DJs to government ministers, all gathered around a bubbling cauldron of bograč, a rich goulash spiked with paprika from the nearby Pannonian plain, and ripping apart deep-fried catfish from the nearby Mura river. After dinner, Kreslin and his friends, members of his band but guests, too, grabbed instruments and played an impromptu concert, just for the pleasure of it, as the moon rose high above the roll and roil of accordion, violin, guitar and hammered dulcimer.

As a tourist I’d found Lake Bled a bit twee. It was only when I went with actor/director Branko Đurić, as a co-organiser of the short-lived Bled Film Festival, that I saw the magic it can conjure. We’d gathered at a villa on a cliff above the lake, which had once been a favourite residence of Tito. Celebratory homemade schnapps was consumed, and as night fell we were rowed out to the single, church-topped island in pletne, gondolas manned by capped oarsmen. A trail of floating candles guided us to the cascade of stone steps that led up from the island’s mooring to the medieval church. The festival guests used the steps as seating, and the mooring became a stage upon which we gave out the awards. And then the partying began, with the church’s schnapps-fueled priest particularly keen to take a selfie with American actor Armand Assante. It was Lake Bled at its best, without the trappings of tourism, in a light as magical as anything I could imagine.

But of all my encounters, the one that taught me most about my adopted country was this summer’s road trip with Janez Bratovž, tasting indigenous Slovenian ingredients for his next cookbook. Bratovž is the godfather of nouvelle cuisine in the former Yugoslavia – the first to introduce carpaccio and rare steak to a land of delicious but well-done cutlets doused in cream sauces. He picked 20 key ingredients that he uses in his cooking and, together with photographer Matjaž Tančič, we spent the summer crisscrossing the country, visiting the finest producers. Steps from the border with Italy, in Goriška Brda, we tasted what many think is the world’s best prosciutto, or pršut. Just 80 legs a year from indigenous, wonderfully fatty blackstrap pigs are prepared by Uroš Klinec and pre-sold to select restaurants around the globe. From the Caravaggesque darkness of his cellar, a vegetarian’s nightmare (but this carnivore’s delight) of hanging hocks of ham, we emerged on to his sun-soaked patio, overlooking the wine-rich hills, and enjoyed prosciutto so delicate and light that it melted on the tongue. 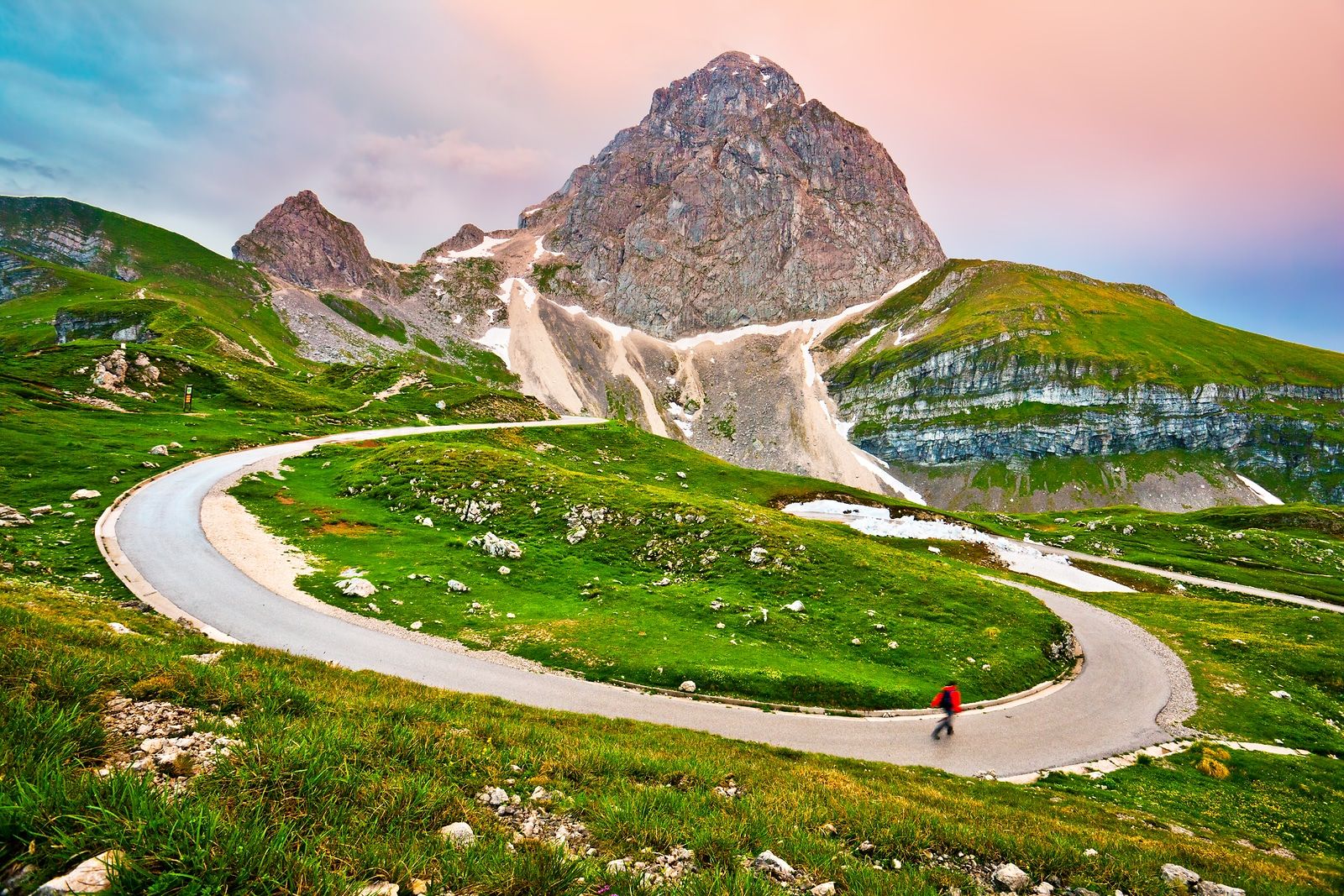 Across the country, in Kreslin’s Prekmurje flatlands, we tasted the finest Styrian pumpkin seed oil, hand-pressed in century-old presses by the Kocbek family, and of such flavour and delicacy that it is used not only to dress salads, but as a sauce for ice-cream and to lace bars of dark chocolate. We wound through the hills of Tolmin, above the emerald Soča river, a real-life Narnia (one of the movies was filmed here), to meet a farmer bringing back the colossal, leopard-skinned Soča river trout, with flesh so delicious that today it is only served as a carpaccio. This was the site of Ernest Hemingway’s A Farewell to Arms, where this king of trout nearly became extinct in the first world war, as hungry soldiers flung grenades into the river to catch a meal.At the salt flats near Piran, on Slovenia’s 46km of karstic coast, we met Dario, whose family has been harvesting salt for generations, in flats that date back to the Roman empire, when salt was used as pay (the term salary comes from salaria, meaning salt).

We drove up a mountain in Dolenjska, in the south east, with a mountain-sized sheep farmer eager to show us his dominion, arriving at the top only to find the still-warm remains of a gutted sheep, which showed that a bear was lurking somewhere nearby in the darkness barely held back by the ebbing twilight (I opted to stay in the car for that one, while Tančič took photographs of the farmer and Bratovž kept an eye out for bears and wolves).

We dipped down to the Istrian peninsula to meet former property lawyer Aleš Winkler. He sold his fancy Ljubljana flat, bought 30 goats as lawnmowers for his rural holiday house, taught himself online to make cheese and this year gave the keynote speech for Slow Food International, teaching Italians and French how to make a proper chèvre. 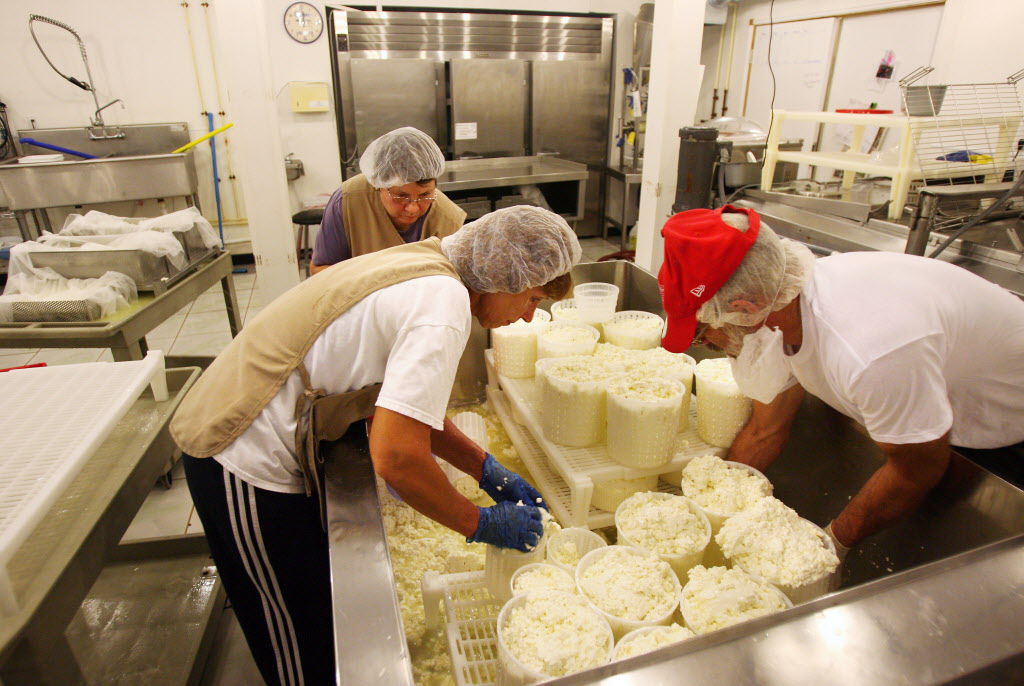 Back in the Kamnik region, in the vast meadow atop mesa-like alpine mountain Velika Planina, there are odd, low-slung shepherds’ huts that recall The Shire and are full of traditional artefacts (including a rain-repelling shepherd’s gown made of strips of shaven wood and anti-witch knives carved with runes). Here, we sampled breast-shaped Trnič cheeses (which always come in pairs).

This summer’s travels with Bratovž opened up locations and delicacies that I’d never have found on my own, and for which I am most grateful, for they allowed a constellation of indigenous ingredients to show me an intimate, insider’s portrait of my adopted country.

I remain just as in love with Slovenia (and, of course, with my Slovenian wife, for whom I endured such unusual “feats of manliness”) as ever. For it is the Slovenia of passionate, in-the-know Slovenians that offers the most magic. And if you happen to read this and decide to move here, the first beer is on me.

Easyjet flies to Ljubljana from Gatwick and Stansted, Wizz Air from Luton, from 21 one-way. Slovenia Explorer offers daytrips covering the whole country and is great for outdoor activities, from 69. 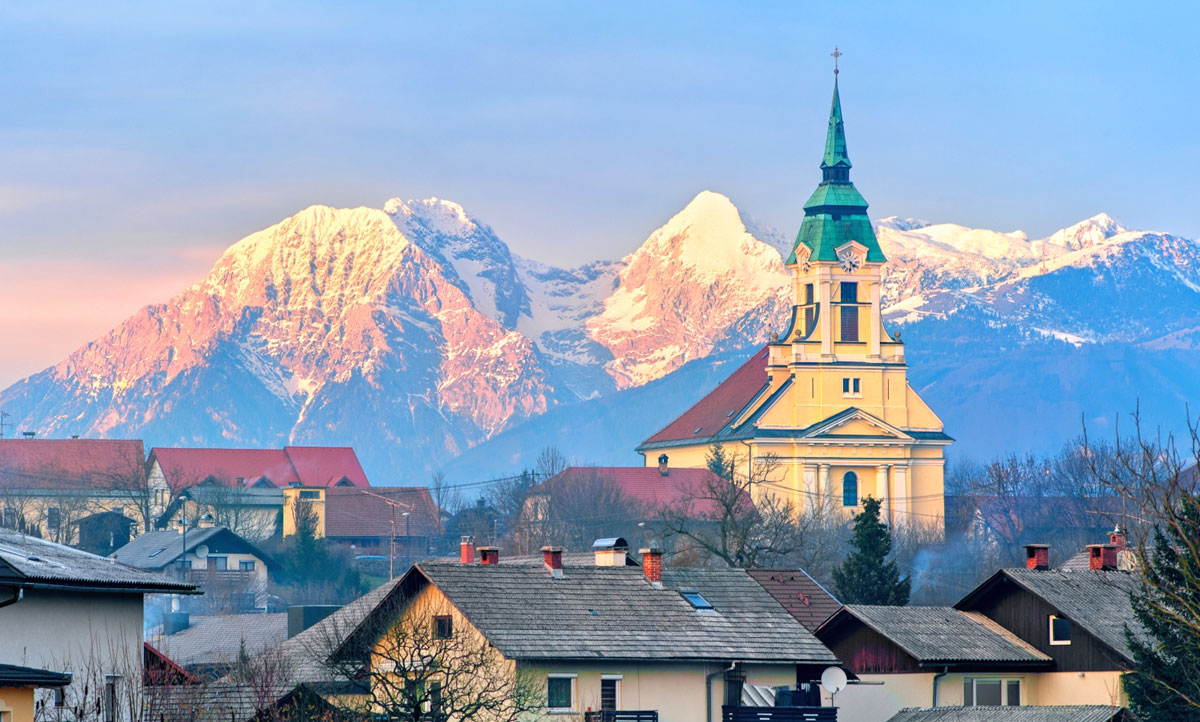 The obvious choice is to stay in Ljubljana and take day trips from there, but consider Kamnik as a less pricey alternative, an ideal gateway to the Alps and just 15 minutes from the airport. Everything, from hotels to meals to coffee, seems to cost about a third less than it does just 25 minutes away in the capital, and the town allows you to escape the crowds. Gostilna Pri Cesarju is a charming Yugoslav retro bar and inn, festooned with photographs of Tito and Archduke Franz Joseph, with rooms from just 30 for a single. Gostilna Korobač is Kamnik’s new cafe, which features all four of Kamnik’s microbrewery beers, large sharing platters and coffee spiked with spicy cinnamon schnapps.

May-Sept are ideal for climbing, hiking, cycling and adventure sports when daytime temperatures are around 25C

Sibanye-Stillwater in talks over AngloGold Ashanti’s Mponeng mine

Teacher’s back to school ‘Baggage Activity’ praised for powerful message: ‘It brings me to tears’